We are excited to have on the I BELIEVE RADIO SHOW this Monday, July 27, 2020 4:30 pm. PRESTON CHARLES, owner of Preston Charles Funeral Home in Cincinnati, Ohio to discuss the funeral business. Thirty-Eight years in the industry makes him the man to answer the questions you have.

Preston B. Charles, Jr. was born on November 22, 1957 in Cleveland, Ohio. He is the fourth of five children born to the union of Preston B. and Ella R. Charles. He has been married to his beautiful wife Myrna Charles for 38 years and from this union have blossomed five children and seven grandchildren.

Preston graduated from Benedictine Catholic High School (Cleveland, Ohio) in 1976. He received his Associates in General Studies from the University of Cincinnati in 1979. The following year he received a diploma from the Cincinnati College of Mortuary Science (CCMS), where he was also the recipient of the Delaney L. Beaver Award for Artistic Competence in Restorative Art. Currently, he is a Licensed Funeral Director and Embalmer in both Ohio and Kentucky, a Limited Licensed Life Insurance Agent in Ohio since 1989, Notary Public since 1987 and has served as an Adjunct Instructor in the Clinical Lab at CCMS and Member for the Cincinnati Foundation for Mortuary Science. For over 35 years he worked at Hall and Jordan Funeral Home where he served as Chief Embalmer, General Manager, Vice President and at his exit, Executive Vice President.

During the summer of 2017, his dream to own his own funeral firm was manifested by God’s grace and mercy. Today, Preston serves as the Executive Director of Preston Charles Funeral Home and has a firm located in Lockland and Middletown, OH. His 38 years of experience, deftness and professionalism in the funeral industry has allowed him to serve in his capacity as a servant to God, family and community. He governs this sacred institution of care and compassion with patience, understanding, empathy towards all. 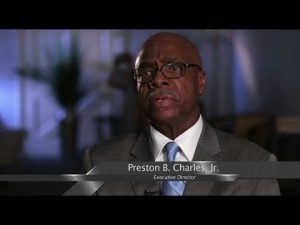