I Believe with Michelle Graves!

Michelle Y. Graves, affectionately known nationally as “The Money Lady,” has been involved in the financial services industry since 1976. She began her career as an Investment Director in the Banking Division for Lincoln National Life Insurance Company specializing in funding mergers and acquisitions for bank holding companies. From there she moved into strategic planning on a direct basis with banks.

In 1984, Michelle left the corporate world and founded the first minority female owned financial advisory service in Ohio, specializing in investments, insurance, and financial consulting. She later expanded this to include a mortgage bank and specialized lending for veterans and senior citizens. She is the founding Trustee of the Ohio Association of the Mortgage Brokers and has been honored by FNMAE and the Office of Veterans Affairs for her proactive lending to veterans, women, and minorities.

Her extensive background in the industry includes experience in all facets of lending including commercial, mortgage, and consumer based lending, investments, real estate, and insurance. She is a graduate of Antioch College and completed post-graduate work in Economics and Banking at America University in Washington, DC.

For more than three decades, Michelle has been a tireless advocate for senior citizens and their financial well being. She is especially concerned about the financial status of widows since the death of a spouse is not only emotionally, but in many cases, financially devastating as well. In an effort to educate seniors she launched in 1998 a radio show, “Senior Spirit Live” which focused on the unique challenged of aging and later launched a television program “The Power of Money,” currently produced by DATV-Dayton, aimed to educate and empower consumers on money. It airs bi-weekly in over 51 markets and can be viewed on Youtube.

In January 2020, Michelle relaunched her popular radio show using an urban Faith-based platform. “I Believe” focuses on the financial needs of “Baby Boomers” as they begin to grow older. Listen to her talk openly from the 40+ years of experience in the financial arena including relationships, pre and post retirement concerns, legacy planning, healthy living, and so much more!

Michelle is the mother of three adult children and the proud grandmother of three. She enjoys gardening and reading history books on the Civil War. Most importantly, she believes that God has purposed her to help people understand the mechanics of the financial world and how it is essential to their survival. “The difference between poverty and wealth is…Money.” 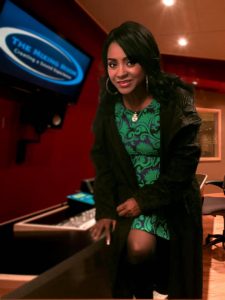 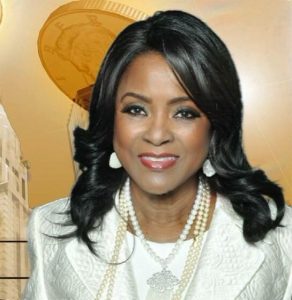